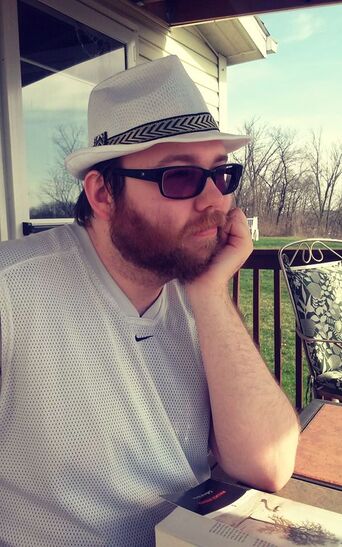 ​Jacob Butlett is a three-time Pushcart Prize- and one-time Best of the Net-nominated poet with an A.A. in Liberal Arts and a B.A. in Creative Writing.

His creative works have been published in many journals, including The Hollins Critic, The MacGuffin, Lunch Ticket, Into the Void, and Plain China.

In 2017 Jacob won the Bauerly-Roseliep Scholarship for academic and literary excellence. In 2019 he was a finalist in the Scholastic Art & Writing Awards residency competition.

An English instructor at Southern Illinois University Carbondale, he is pursuing an M.F.A. in Creative Writing.

--> Jacob holds an Associates of Arts degree from Northeast Iowa Community College and a bachelor's degree in Creative Writing from Loras College.

--> Jacob received a Scholastic Arts and Writing Awards Gold Key for fiction, the Bauerly-Roseliep Scholarship for excellence in literary studies and creative writing, three Pushcart Prize nominations, and a 2021 Best of the Net nomination.

-->In 2019, he was selected as a finalist in the Scholastic Art & Writing Awards residency competition.